Dear brain, it’s 3am and I would be most grateful if you would let me sleep. We’ve been up since 2am and I think an hour is plenty of time to keep me awake. We’ve done a lot of thinking in that last hour and it’s been wonderful, but could we just give it a rest – literally? No? That’s okay I guess. How about we finish reading that Neil Gaimen book that we’ve been working on? We only have a few pages left. If I give you an hour of reading and finishing that book will you let me sleep?

It’s now 4am and we’ve finished the book. I think it would be just tops if you could hold up your end of the bargain and let us catch some zzzzs. Don’t you give me that, brain! I’ve given you two solid hours of thinking and reading. Well more than you should need. We’ve had a glass of water, we’ve used the bathroom, there is nothing left to do but go to sleep. No, I do not want to write at this moment. I refuse to write at this time of night. Yes, it’s still night. No! I am not going to start writing!

Fine, let’s do some writing. You’re seriously starting to piss me off brain. What do you want to write about? I’ve got the computer on, give me something good. A review of the book I just read? Okay.

Smoke and Mirrors is a collection of short stories that was originally released in 1998. I just finished reading an updated version released in 2008. This version includes a lengthy introduction and some notes at the end about the author, a short interview, and some other books by the author. I won’t go over each of the short stories as Gaimen does a pretty good job of that in his introduction. Also to be honest I can’t recall all of them, even with the book in front of me. There are a few that stood out though and are quite ingrained in my memory, mostly because of their dark nature. Although that may also be a matter of time as well, I seem to recall the stories toward the end more than the early ones.

One of the stories that sticks out the most is in the introduction and wasn’t meant for inclusion in the collection. It is a story that was originally written as a wedding gift, but was never actually delivered. Mr. Gaimen proceeds to share it here. It is sort of happy with some mysterious elements, but ends up being crushingly sad. I practically needed tissues afterwards. It may be best that he never gave it as a wedding gift. Still if I had received it for as a gift for my wedding I may have found it frighteningly apropos.

In Chivalry Gaimen tells a quaint tale with a modern twist on a quest for the Holy Grail. It flows very easily and reads quickly. The knight who seeks the grail learns that his quest will be completed but not at the price he expects. Nicholas was is a very short, less than a page, but horrifically wonderful take on Santa Claus, it brought me some serious chills. Troll Bridge, plays out the story of man who goes through life avoiding a different sort of troll under the bridge, of which the ending reveals a different conclusion than expected.

The collection almost finishes with Murder Mysteries, about a fallen angel (though he insists he is not fallen) who trades a story about his pre-fallen days, the creation of the universe, and murder most foul, in exchange for a cigarette. Finally there is Snow, Glass, Apples. As Mr. Gaimen states in the introduction, once you read it you will never look at the original the same way. He could not have been more correct. 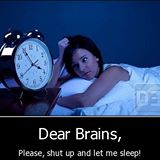 ← Doing it because I can
Fatherhood or something like it… →